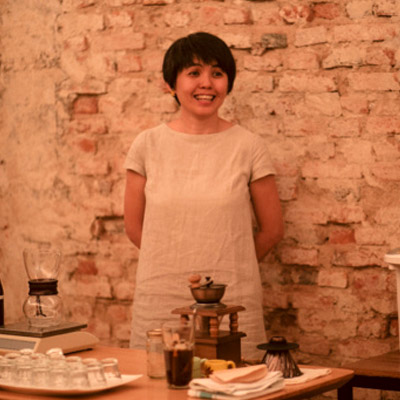 Founder of Malaysia’s Typica Coffee Sum Leong has been brewing coffee for 15 years. Besides assisting others in establishing their own coffee joints, she has also published widely about the craft of coffee brewing. She eventually set up her own coffee joint in 2009. Brand Typica redefines coffee making by going back to the initial phases of the process. She created her own coffee blend.

Identifying coffee beans involves a renewed understand of our earth. In the process of doing so — in Malaysia — she discovered many different types of forgotten coffee beans, pandan leaves, lemon grass, mango and peach tomatoes etc, of which became “spices” to her blend of coffee. They made Malaysia’s very own Liberica coffee beans unforgettable to coffee connoisseurs, giving them shots of excitement. Sum Leong changes general perceptions about drinking forgotten coffee blends and makes all coffee lovers to re-look at the “original” tastes of Malaysian coffee.

To remind and re-define the forgotten coffees in Malaysia, and to re-create the Seventies experience in coffee drinking.

I hope to find new coffee beans in Southeast Asia. Through this, changing people’s lives and their outlook of the world.