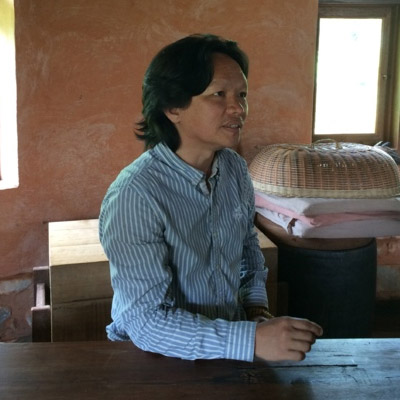 Upon graduating from the University of Malaya in Physics in 1999 – and spending three years teaching in TARC College and a counsellor with the Live Line Association, in 2006, Ng Tien Khuan has decided to embark on an experiment to establish and manage an organic farm. He named it Terra Organic Farm. Two years later, he took courses in New Zealand and Australia in a farming technique called Dynamic Farming. After two to three years in learning the ropes and familiarising with the new farming technique, he implemented the said farming technique fully across his farms, in 2010. From then on, he responsibly uses appropriate machines to level the land. Nestled in the quiet Cameron Highlands, Terra Organic Farm is a place for urbanites to get close to nature. For the luxurious fresh air and scenic view offered, travellers are encouraged to take their own time, to slow down their pace, to breathe in the fresh air and enjoy the breath-taking view of the forest and hills. He also constructs his own tree-houses for visiting guests.

Agriculture of the future.

By producing real food, and changing the perception of people towards materiality, we will know that food is not just physical materials to fill stomachs. By living healthy and natural lives, we change the way humans live on earth,. And these`are what I’m doing now.