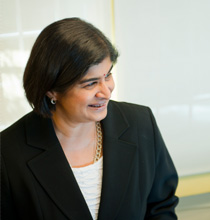 Human Activist, Public speaker and Professional lawyer, most noted for her unyielding cause to have a clean and fair Malaysian General Election.
Dato’ Ambiga is also a social worker, having participated in numerious social activities and causes, her distinguished work as a lawmaker has garnered her role as a public figure for ‘Bersih’ a movment that advocates a clean and fair Election for Malaysian people.